Dent, population 192, was platted August 19, 1903, and incorporated September 8, 1904, was named for the variety of corn called Northwestern Dent Corn that was used so abundantly by farmers of the area. Dent is located in Ottertail County surrounded by beautiful lakes and wildlife, a great place to call home.

Richville, population 124, was incorporated October 25, 1904. Under Richdale, the city developed following the arrival of the Soo Line in 1901; businesses included an elevator, a creamery, and a pickle company; the post office began in 1904 in postmaster Charley A. Friberg's general store. The Phelps Mill District consists of the core buildings of the crossroads community of Phelps, set in a deep valley where the Otter Tail River narrows and provides a place for the mill dam and pond. 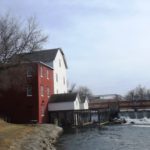 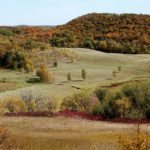 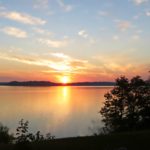 more about the community...

1 2 3
The broker providing this data believes them to be correct, but advises interested parties to confirm them before relying on them in a purchase decision.
List View Map View
13 matches found
$459,000
32459 Haggstrom Drive
Richville, MN 56576

View Photos (8)
Property Type: Land
Description: Looking for a place to park your camper or build? Take a look at this leve...
Last Updated: January - 26 - 2021

1 2
The broker providing this data believes them to be correct, but advises interested parties to confirm them before relying on them in a purchase decision.

Back to the top ^